My lil tyke’s latest obsession is mobile phones. After dunking my husband’s Note in a bucketful of water, those cheap, China-made plastic mobiles you get outside Borivli station are the closest he’ll ever get to a cellphone! 😆 Anyway, the first one we got him was a sleek BlackCherry!!! 😆 😆 😆 He’s currently on his Naakia LOO-MEIN-AAA!!!!! 😆 😆 😆

I find the names of these fakes highly amusing. Simply love the names they’re saddled with. EyeFone, Phony, Adidos..hell, even Yike! 😆

Humpty Sharma ki Dulhaniya (HSKD) is one such fake that felt more like an insult than a tribute to the evergreen romance story that is DDLJ. Debutant director Khaitan’s name itself is testament enough that he’s a massive PANKHA of the greatest love story of our times but my shanka of him butchering it beyond redemption proved to be true.

OK, so there’s dumb Alia from Ambala 😆 who’ll settle for nothing less than a Manish Malhotra-designed-lehenga for her impending wedding. We’re told it costs a full five lakhs, the value obviously lost on Alia! Check it out: 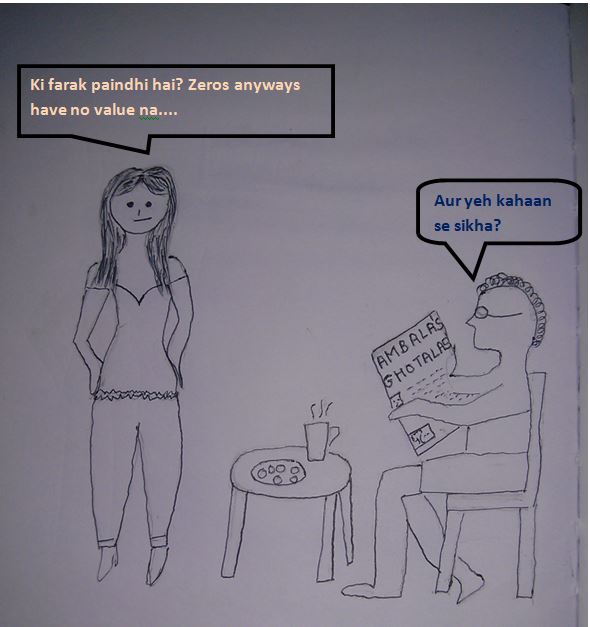 Off she trots to the capital with the capital in hand in pursuit of a lehenga but instead, ends up nanga! 😛 So much for blowing up five lakhs on a lehenga! 🙄

After kahi saari suhaag raatein, Alia leaves to get married to Sid aka Shiv from Balika Vadhu! 😯 Dhawan follows hoping to be THE ONE. Masquerading as a waiter, he dies by day. His reward? DO by night! 😛 This movie indeed is a ROM(P)COM! 😆 😆 😆

Remember Lajja Shankar, the maniacal, fanatical villain from Sangharsh? (Coincidentally Alia played a young Zinta in that film) Brace yourselves, guys! He’s Alia’s baoji in the film. The director should have named him Lajja here cuz that’s exactly what he feels when he catches HUMPty Dumpty SITTING ON HIS DOLL!! 😆 😆 😆

Baoji here is a softer-hearted version of the kadak Puri Raj couldn’t bite through in DDLJ. He promises Varun Alia’s hand in marriage if he can find one flaw in Sid. But Shiv, like his mythological namesake is perfect, having it all! Here’s what happens next:

Sid is flabbergasted, but decides to give his alliance with Alia one last shot. He catches up with her in the sarson ka khet…the one she’s watering on Farmville!!! Excerpts from their conversation: 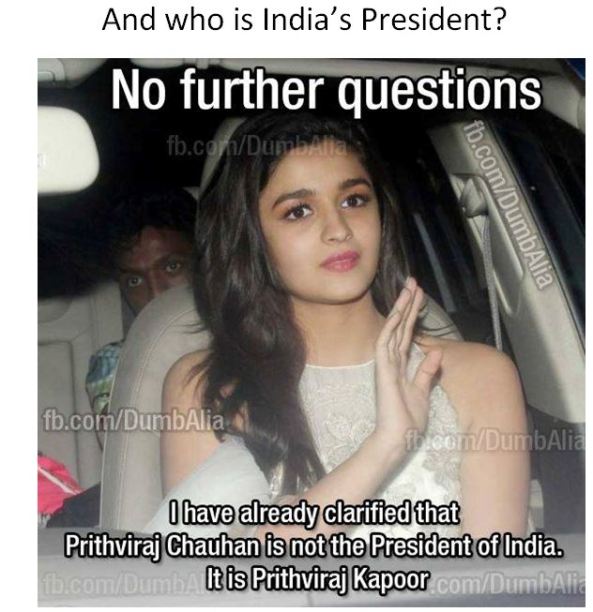 Not the one to accept defeat, Sid decides to go easy on Alia and ask her some basic G.K. questions.

Just then, Varun strides in so Sid decides to grill them both.

Sid runs for his life. With Alia’s father’s blessings, of course! 😆

Meanwhile, the two fools pledge their stupidity to each other for life among other things. They come home to Baoji to receive his blessings. Here’s what the newly-weds are gifted:

Given the rate at which the Suris and Bhatts of this world ‘MURDER’ unsuspecting Korean flicks- Coincidence they have a ‘Murder’ franchise?! 😆 I wouldn’t be surprised if our chinky-eyed brethren decide to stick churis up their butts! 😆 😆 😆

This time around, the Korean CHORean 😆 has rifled through his humongous South-East-Asian DVD collection yet again! In the process of toning down the gore, the Cut-Copy-Paste specialist has transformed a classic into an absolute bore! Ek Villain is pure tripe- terribly watered-down and pathetically farcical!

A look at the main characters:

Shraddha Kaoor as Ayesha. However, looking at her antics, I think she was still playing Aarohi FIRKI 😆

Sid MalHOTra as Guru. Way to go boy! From Student of the Year less than two years ago to Guru! Impressive!!! 😆

Aamna – Biwi kam, greedy zyaada. Not so sharif after all! 😉

Let’s start with the girl I love to hate! 😉 You didn’t think you could steal ARK from me and earn bouquets too, eh Shraddha? 😛

Scene 2: In the Mahadkars’ kholi.

Scene 3: Rakesh with the ultimate misogynist Kamaal R Khan at the pool. 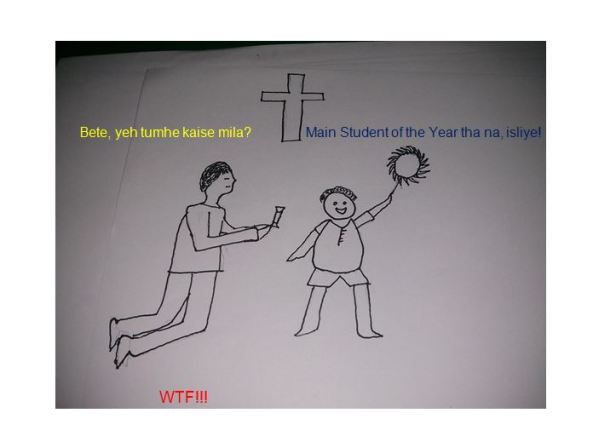 Scene 6: Guru tails the cheeky lad who leads him (inadvertently) to his father. Each time Rakesh descends on his prey, Guru gets in the way.

In his drunken stupor, Rakesh is unaware that Guru shoves a GPS tracker up his arse. The graphics are a little too vivid for me to post them up here! 😉 😆

The next morning, the tracker flew with a great velocity… and landed close to where Rakesh PAADHkar was squatting! 😆 😆 😆