So, this afternoon, I caught one of the most underrated gems to have come out from the Bollywood stable, a good five years after its release!!!😷  Criminal, I know, but back then, cash-strapped people like me didn’t have Hotstar and Netflix to fall back on!🤣

Coming over to the film, it is so much like the akkha kaandas you get served in the dhabas lining our highways. So many layers to it!!!! The exceptional cinematography weaves fluidly through the stark northern belt and is trumped only by the stellar performances of the main leads.

Now, many people discussing the film on IMDb, feel that Highway is a love story that blossoms en route. I beg to differ. It might be a story of soulmates, but most certainly ain’t a modern love tragedy. In one of my previous posts, I remember defining the concept of soulmates. A soulmate isn’t necessarily your spouse or lover but a piece of your soul encased in another body. And that’s what Veera and Mahabir are! On the surface, as alike as chalk and cheese. One with a polished tongue, the other spewing profanities worse than dung!😂🤣 One rolls around Delhi in her Rolls-Royce, the other, a shady criminal, changes the number plates on his battered truck as per his whims and choice! 😆 You get the drift, right?

But at the core, her privileged life couldn’t prevent her from becoming a victim of sexual abuse of the worst kind possible- incestuous! And his abusive  childhood at the hands of a toxic patriarch couldn’t help him save his mother from being pimped by her own husband!

And Highway is that catalytic, life-altering journey where two troubled soulmates help repiece each other’s broken souls. 😍 She hugs him because he sets right a perverted crony who tries to get fresh with her. Something her father brushed right under the carpet! In him, she finds her safe harbour. A formidable, rock-solid man who can help her weather any tempest. Ironically, in the wake of her abduction, comes about a tantalizing freedom she’s never experienced before and just can’t get  enough of now.  She shares a blanket with her kidnapper, later a bed, with her lying on top of him, drifting to a cozy sleep listening to the comforting sound of his heart beating. Absolutely nothing sexual about anything!

He often embraces her protectively when she comes too close for comfort. To atone for all those times he failed to save his mother from her doomed fate. The fact that Veera lovingly ruffles his hair while he’s sleeping in her lap or that she hums tunes that his mother once sang him or cleans the house and cooks him a homely meal make him pine for his mother even more. These tender, innocent moments between them were more orgasmic than Sunny Leone, heaving and huffing, in Ragini MMS 2 that released at around the same time! 😆 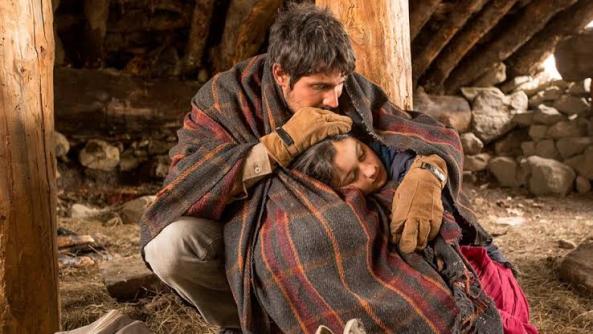 Randeep Hooda as Mahabir Bhati is absolutely delectable!😋😋😋 Girls will find abduction a fun proposition if the perpetrator is as delicious as Mahabir!🤣 I was rooting for him to stun and silence the ever-talkative Alia with a passionate kiss🙈 The closest he got to confessing his feelings was when he couldn’t shake her off and heatedly asked her, ‘Why are you following me? Do you plan on marrying me? Have my babies?’ Awwww😍😍😍 But, expectedly, she blew him off.🙄

The film ends on a bittersweet note. They say the mountains are as close as you can get to heaven. But her new-found blissful abode ensconced in the picturesque Himachali  mountains doesn’t prevent the demons from the pits of hell from clawing their way up.😔

In keeping with tradition of saving the best for last, Maahi Ve lingers on your lips long after the movie is over. Composed by the Mozart of Madras, AR Rahman croons the number to perfection. He’s made me curl my toes  only once before with his mellifluous and seductive rendition of Dil Se…The lyrics, the haunting melody…It really makes me Sigh (with pleasure) Ve😝 An excerpt below:

I’d like to Murder 3. Mahesh, Mukesh and the latest BHATThole, Vishesh! 😆

This family of directors and producers has been recycling global cinema for us for over a decade and the only thing ‘new’ about their ventures is the foot-tapping music they include …whose strains Pritam churaos from some obscure corner of the world …..so, 200/10 for plagiarism it is! 🙄

It really makes no difference if either of the H’s (Hooda or Hashmi) essays the part of the lead. It also makes no difference which leaden doll is roped in to provide the USP of the film- fullblown titillation. The end will always be too slick, too clever and too radical. That’s when that gong should sound loud and clear in your head. B-town will always be light years away from such earth-shattering climaxes! 😆

Do yourself a favor. Catch The Hidden Face instead. And then tell me if you don’t feel like kicking them butts…oops Bhatts! 😀

P.S. Just a few days ago Chacha Mahesh was singing praises of his nephew saying that Vishesh likes thinking out of the box. What the lad is is he’s one clever fox! 😆 He hasn’t even exercised a single grey cell to come up with a killer promotional poster. Check it out below. Tell me, when did cut-copy-paste become so ‘vishesh’ to be shamelessly lauded by our papers?